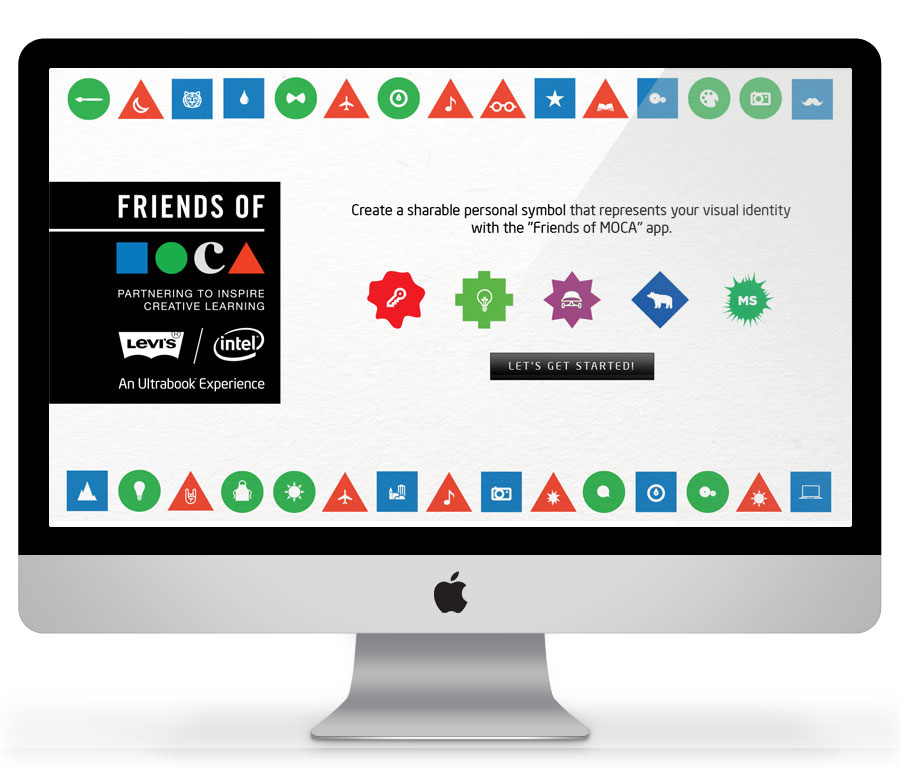 Vice commissioned Caravan Interactive to build two interactive kiosk applications and the supporting cloud infrastructure. The first application was built to run on Intel laptops and was showcased in all of the flagship Levi’s retail stores around the globe. The kiosk used the on-board Intel laptop camera to take a picture of the shopper. The app then sent the image to the cloud to get transformed into a mosaic the user could share on Facebook and Twitter.

The second kiosk was built to run on Intel laptops and was for the Museum of Contemporary Art. This kiosk showcased the use of generating images on the fly based upon the user’s personality. The user was presented with a variety of versions of the image for them to use in their personal life. 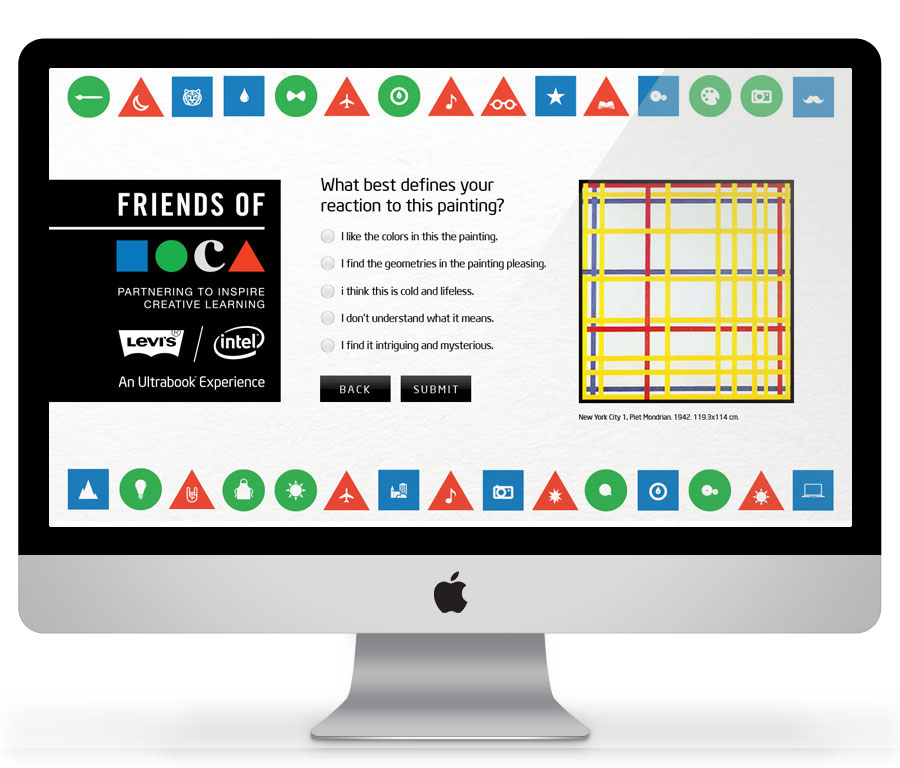 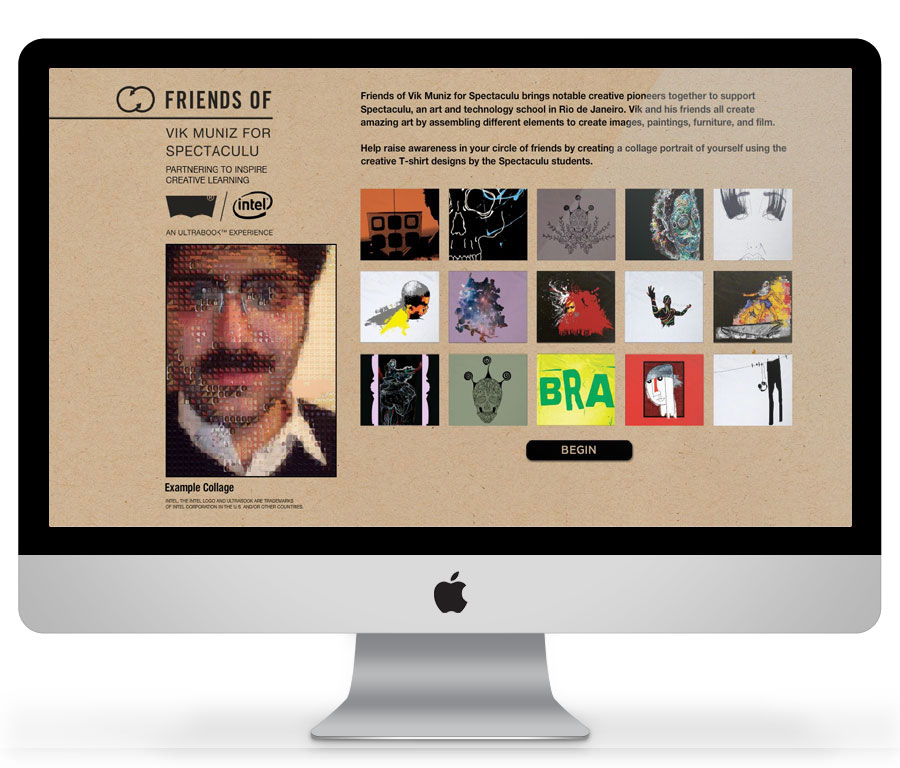