Onflow
A Social Network for Skateboarders

Worked with a non-technical founding team to bring a custom software business to market. Caravan was asked to conceive, architect, build, deploy and support a social network for action sports on iOS and Android platforms.

OnFlow became a leading video social network for skaters and extreme sports athletes, and the app supported millions of data requests per month. 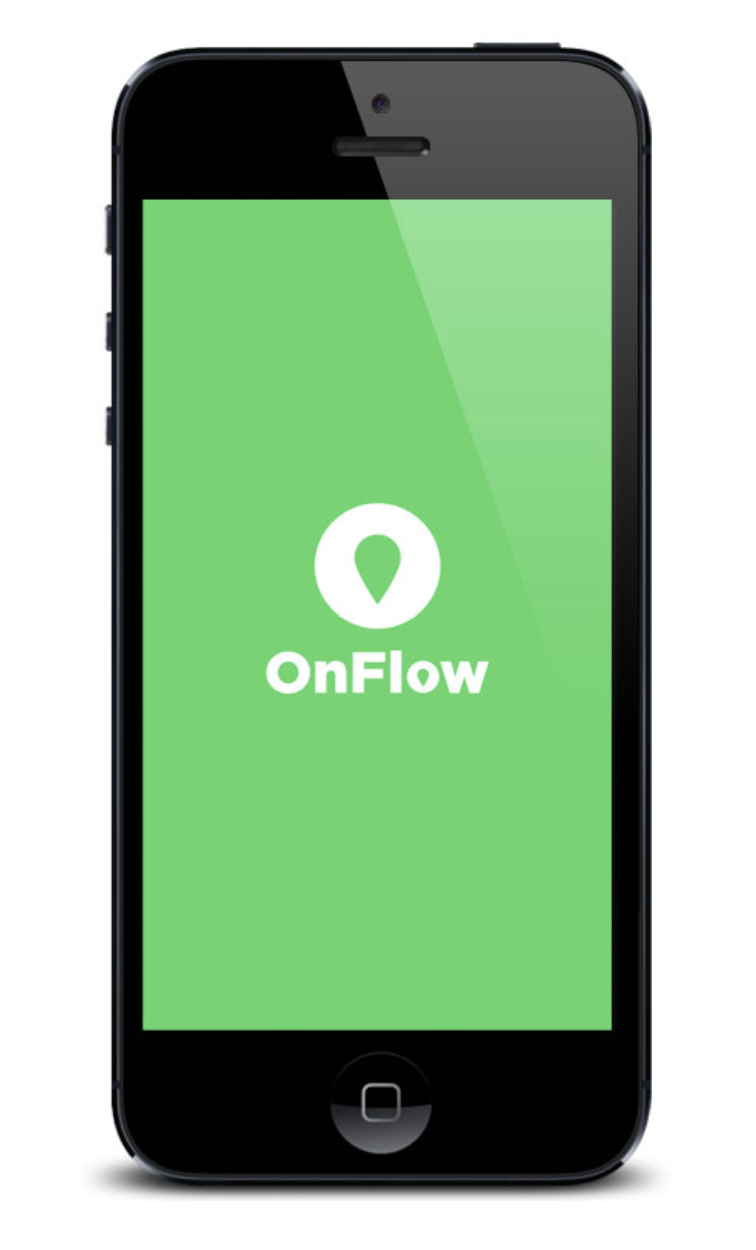 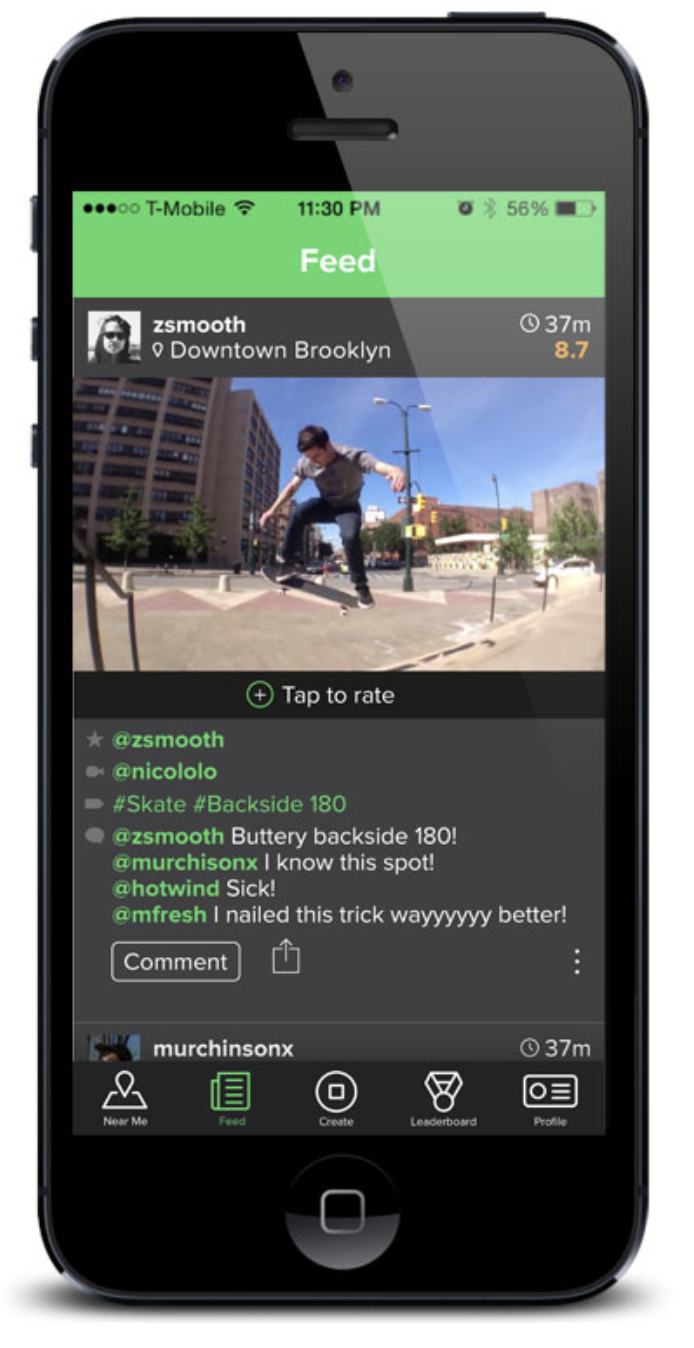 In January of 2013, Caravan was approached by a founding team who presented us with a broad idea for an app centered on skateboarders and skateboarding. As anon-technical team, OnFlow incorporated Caravan as their technical team to bring their business idea to a functional reality. At its inception, the project was loosely defined, so Caravan first assisted in ideating branding, features, user flow, app architecture and UI design until a concept of the product was defined. At the time, no social network existed for skateboarders, so the idea was in genesis over numerous iterations.

The final vision of the app would allow skateboarders all over the world to upload and share videos of themselves, follow other skaters with Instagram-like @/#/message features, and also provide an innovative trick-rating system where users could assign scores to trick videos. Development started in Jan 2014, and continued through the app launch about 6 months later on iOS, and an Android version was developed soon after. Onflow was in production for approximately 3 years, allowing skateboarders and action sport athletes to share their talent with the world. 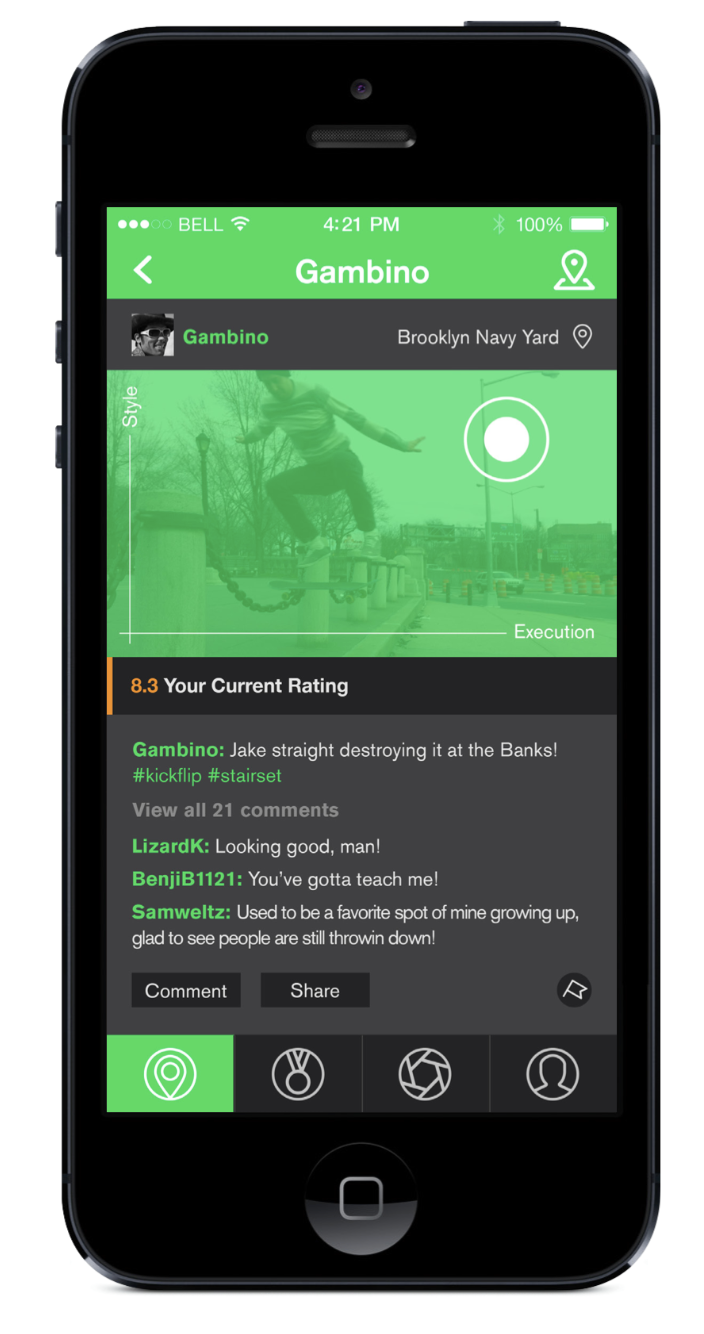 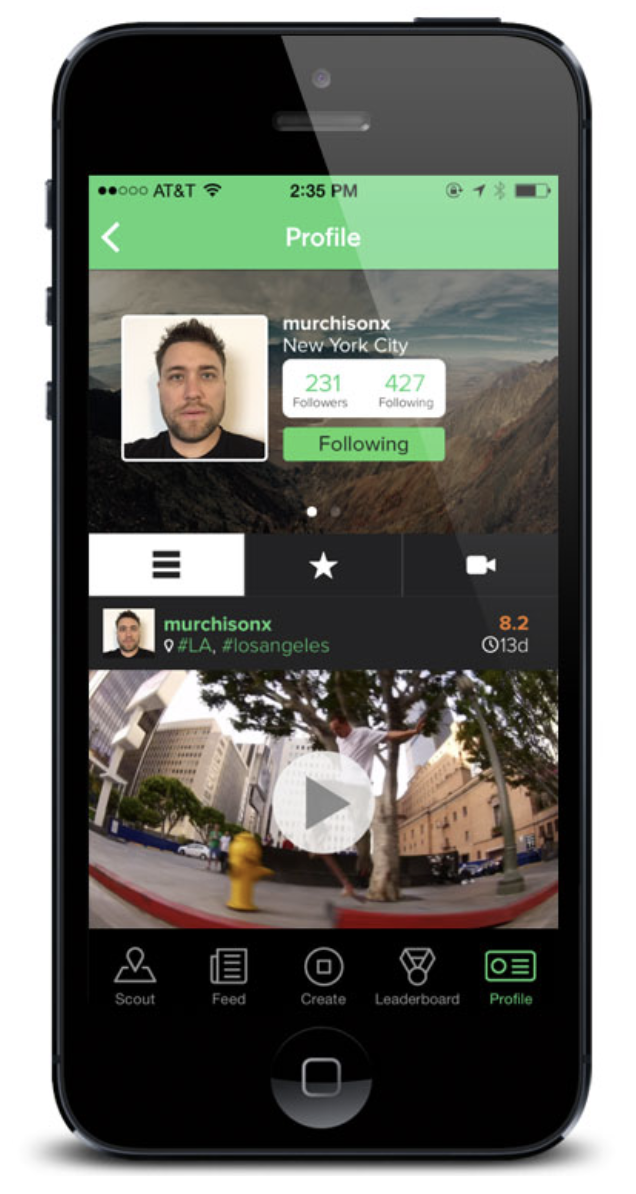 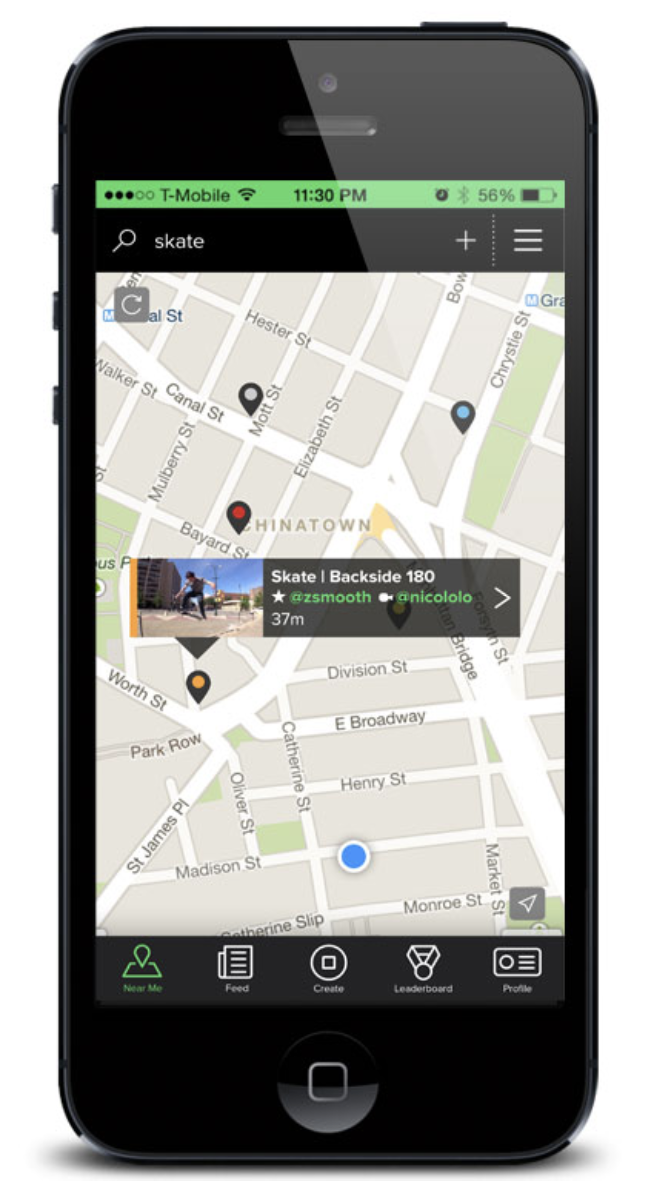 In 2013, building a social network from scratch - particularly one that was focused on delivering high-quality video content - required a lot of inventive thinking and custom coding. We planned with scale in mind, knowing that a functioning MVP can buckle under a surge of user activity unless it had been provisioned to handle considerable traffic.

For a technology stack, we chose to build the application for iOS first, with the app communicating with a variety of server-side Node.js applications hosted on Amazon Web Services (AWS). AWS allowed us to provide a minimum level of hardware requirements, but also allowed us to scale our infrastructure to accommodate peak usage. Additionally, we selected Vimeo as our video integration partner, and incorporated some of Vimeo’s logic to server as a backend to make our video experience excellent for all users.

With our tech stack selected, focus shifted to defining the user experience for the app. Fowler envisioned OnFlow being the go-to network for action sports enthusiasts, and so we approached feature ideation and development with irresistible engagement in mind. Trick scoring and ranking was a silver-bullet idea that set the application apart from a standard social network, with the scoring logic based on combining ratings for style and skill. A completely custom video recording interface that allowed custom recording of video right within the app. As OnFlow’s brand identity and the app’s user flow solidified, the initial broad development strokes tightened towards the creation of an initial beta app. After roughly a year of design and development, the app was deployed to the App Store, with immediate adoption from the community.

Onflow then began a year long tour around the country going to numerous skateboarding and action sports events to grass-roots rally an audience. Onflow also started their own skateboarding team to help spread the word.

With the initial proof of concept confirmed and a viable product on the market, we then began the work of adapting the application for Android devices to increase the potential user base. Caravan continued our role as OnFlow’s tech team for the entire lifespan of the project, issuing very regular updates, improvements and new features based on user feedback and emerging tech.

By every metric, the viewing rooms have been a resounding success.

At its peak, OnFlow had an active user base of over 10,000 skaters around the world, uploading and viewing hundreds of thousands of videos. The custom-designed app infrastructure supported a load of several million data requests per month without diminishing performance. At the time, it achieved the initial goal of being the go-to social network for action sports enthusiasts. In 2016, the network was shut-down due to lack of investor funding, but this project can be considered an immense success in Caravan’s portfolio, and we’re proud to have built something this robust and enabled an international community to come together over their shared passion. 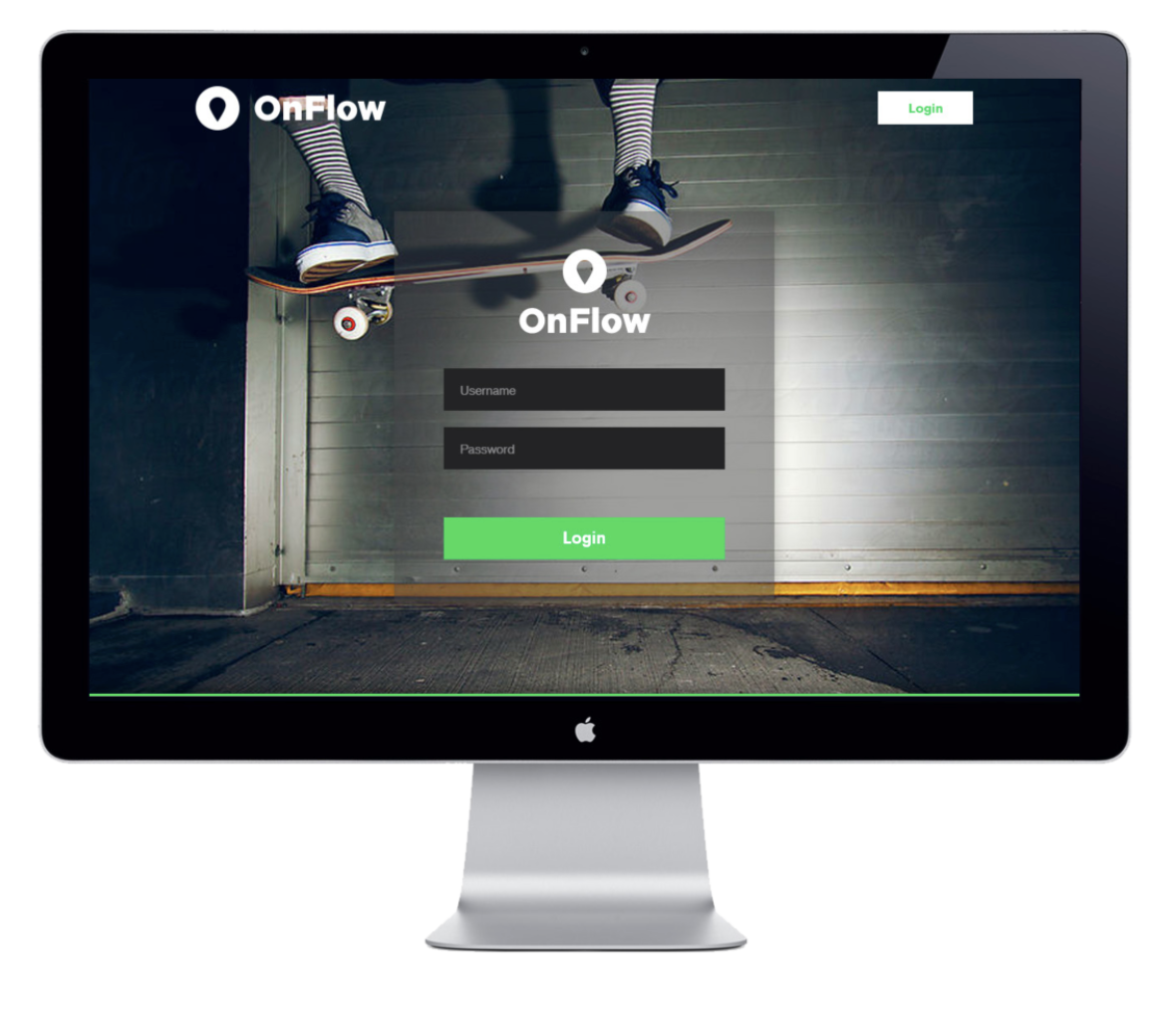 OnFlow is a geo based social network for skateboarding where you can watch and upload video from anywhere on the planet using the scout map in the app.

Caravan solves business problems with design, data, and software. Caravan has worked with entrepreneurs and businesses to augment their technical resources to design, build and run software products.